There’s no way you can beat EDSA traffic during rush hour, either you use a nonexistent teleport machine or you ride a helicopter and fly (which commoners like us have no access) over the long highway turned parking lot.

Traversing EDSA on a rush hour equates to a #chaotic, #formidable, #life-draining experience. It’s an everyday event that becomes a common and ordinary part of every daily grinder’s life. But have you think about which mode of transportation in EDSA you can actually trust in case you’re caught up in the rush hour window? 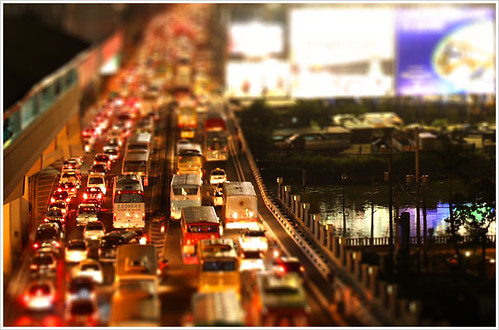 With the endless lines of MRT commuters on the entrance, the moving human-sardine bus, and the bumper-to-bumper traffic in the private lanes, choosing your transportation may be a hard decision.

Fortunately, CNN Philippines made an experiment which revealed the fastest way to get from North Avenue, Quezon City to Taft Avenue, Pasay City using EDSA.

On March 5 2015, Thursday morning, three CNN reporters braved the most polluted & notoriously congested stretch of the country and timed every event. Kimberly Go took a car, Brian Poe hopped on a bus, and Paola Palma tried MRT. The three started from North Ave at around 6 am.

After an hour & 22 minutes feat, Kim who used a car reached Taft Avenue at 7:59 am while Brian using a bus arrived at 8:45 with an unimaginable & shocking two hours & 15 minutes travel time. However, Paola who used the train reached Taft Avenue Station in 41 minutes. Despite the agonizing line to the terminal’s entrance, she reached the station at 7:26 am & got out at 7:35am.

Surprisingly, MRT is still the best & fastest way to get through EDSA. You can read the full account and adventure of the reporters in EDSA time travel: Fastest by car, bus, or train?