Mark your calendar because these incredible and grandest Philippine Festivals will sure win your heart and will set you on party mode.

Mid 15th century when the Spaniard Missionaries brought Fiesta to the Philippines mainly to introduce Christianity and to colonize the natives. With colorful processions and town celebrations, the missionaries paraded the streets to attract attention and lead the Filipinos to the local churches.

Centuries later the nation became the only predominant Catholic country in the Southeast Asia Region. Philippines holds an endless list of Festivals to commemorate events in life of Jesus, Mary and its patron saints.

Today, the archipelago of more than 7,000 islands celebrates more than a hundred of them all year round including the indigenous influence and non religious festivals. This became an annual tradition and here are the biggest and greatest Philippine festivals you need to check:

Feast of the Black Nazarene

Where: Quiapo, Manila
When: Every 9th of January 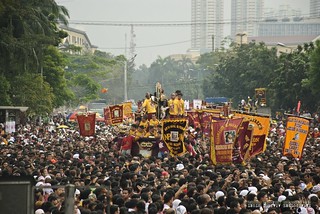 Photo by: Flickr.com | Incrediblethots
Observed every 9th of January, thousands of devotees flock around the 400 year old Black Nazarene (Jesus) in Quiapo Church, Manila. The celebration starts with a mass as the life-size statue parade its way around Manila braving the streets full of devotees and back to the church. Devotees believe miracles and prayers get answered when they participate on the procession.
Check www.cbcpnews.com for more details. 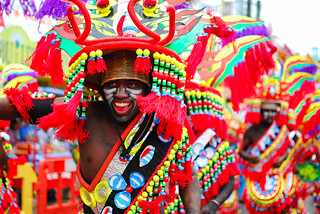 Photo by: Flickr.com | RDexter
Endless drumbeats, continuous street dancing and merry atmosphere are some of the exhilarating experiences you can have when you join the Ati Atihan Festival. It’s a dance ritual where you can participate from different parades that pass around the town in honor of the Sto Niño. Ati atihan means “to become like Aetas” who are the original settlers of Panay Islands.
Check www.kaliboatiatihan.ph for more details. 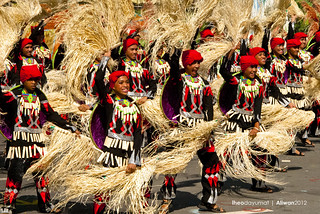 Photo by:
Another celebration in honor of Sto Niño is Dinagyang. It means “Merry Making.” A stunning celebration marked by loud celebration, colorful costumes and vibrant street dancing. Highlighting the event is the Ati Dance Competition.
Check www.dinagyangsailoilo.com for more details. 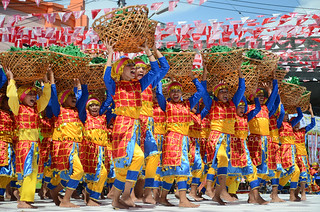 Photo by:
The blooming of Waling waling orchids which falls on every 3rd week August marks the beginning of Kadayawan Festival. This festival is intended as a thanksgiving for a bountiful harvest of the year. Spectacular float displays and creative costumes with street dance number are a visual feast you shouldn’t missed.

Where: Angono, Rizal
When: Every 23rd of November 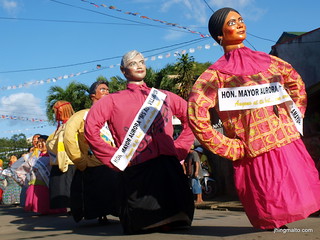 Photo by:
Measuring from 4 – 5ft in diameter and 10 – 12 feet high, Higantes are giant mache paper paraded on the streets of Angono to honour Saint Clement; the Patron Saint of Fishermen. The Higantes which are dressed in multi-colored and in humongous sizes lined up for a big procession throughout the town to present the caricatures of their Spanish landlords century ago. 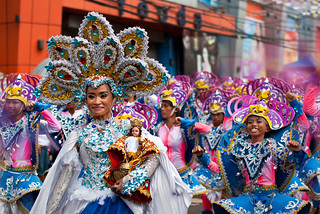 Photo by: Flickr.com | Jun Pinili
Perhaps another mardi gra akin festival where locals celebrate it by dancing on the city streets while chanting “Pit Señor! Viva Senior Santo Niño!” This lively and colorful dance ritual is celebrated in honor of the miraculous image of Santo Niño(Child Jesus). Where Fluvial processions lined up the street and vigorous drumbeat will set your feet to dancing. Check cebucity.ph for more details. 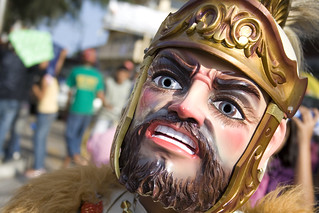 Photo by: Flickr.com | Funky Helper Monk
A festival held during the Holy Week which re-enacts the suffering of Jesus Christ on his way to the Calvary and the story of Saint Longinus: a Roman centurion who was blind in one eye that was cured by a drop of Jesus’ blood. Devotees wear colorful wooden masks and brightly colored tunic to depict the Roman soldiers and Syrian mercenaries within the story of Passion of the Christ.

Where: Lucban, Quezon
When: Every 15th of May 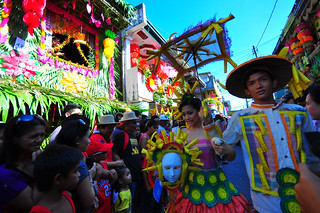 Photo by: Flickr.com | IRRI Photos
Held every mid-May in honor of St. Isidore Labrador for a good harvest. Devotees adorn their houses with fruits, vegetables, handicrafts and brightly colored Kiping. Kipings are rice wafers which can be eaten by grilling or frying it. The colorful house displays are great for your photo ops. 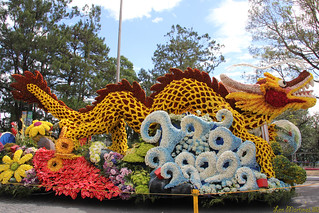 Photo by: Flickr.com | Magdalena Martinez
A month long flower festival in the Summer Capital of the Philippines, where famous floats decorated with flowers drive around the streets of Baguio City. Panagebenga which means “A Season of Blossoming” in English was created to attribute the city’s heyday. The festival includes street dancing presentation where participants wear multi-colored flower like costumes.

Where: Naga City, Camarines Sur
When: Every 2nd Friday of September 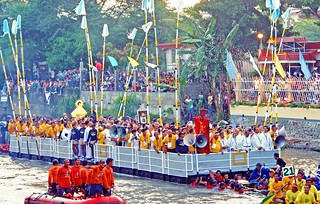 Photo by: Flickr.com | Lenareh
With the Grand Fluvial Procession of the centuries-old image of Blessed Virgin Mary on the historical Naga River, Peñafrancia Festival is the largest Marian devotions in the country. Aside from religious activities, the city also celebrates it with parades, pageants, street parties, exhibits, concerts, and other activities.

Where: Bacolod City
When: Every 3rd week of October 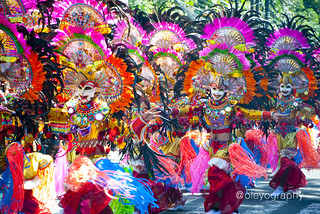 Photo by: Flickr.com | Oleyography
To uplift the spirit of the locals during the 1980 crisis, the city’s artists, local government and civic groups decided to hold the Festival of Smiles. The festival which is a merged word of mass (a multitude of people) and cara (a Spanish word for mask) forming “MassKara” means “multitudes of faces”. Highlight of the festival is the grandiose street dance parade where participants wear colorful masks with quant decorations and a big smile as they dance on the streets.

While you may observe there are plenty of Festivals to honor Santo Niño in the Philippines, they are called in different names. This only means two things we’re too religions to celebrate them and where a large archipelago to split the celebration.